Click here for more information about:  WHATEVER HAPPENED TO ISHTAR? My Passionate Quest To Find Answers For Generations Of Defeated Mothers …  and 15***** Reviews 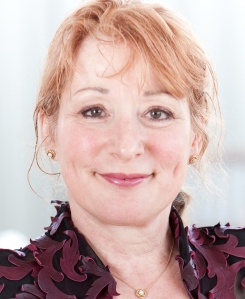 Anne Frandi-Coory  works from her home studio in Melbourne as a painter, poet, short story writer and book reviewer. In 2010 she published the bestselling Whatever Happened To Ishtar? A Passionate Quest To Find Answers for Generations Of Defeated Mothers. It is a raw and powerful memoir woven into her Italian and Lebanese family history, over-arched with the detrimental effects  patriarchal Catholic Church dogma inflicted on generations of women and children.

In poignant words and  with vibrant  brush strokes, Anne Frandi-Coory’s poetry, short stories, and artworks, reflect many of these same timeless  issues of mental illness, child abuse, and abandonment in DRAGONS, DESERTS and DREAMS.

Anne paints larger than life canvases, and writes wonderful poetry, evoking the colourful imaginations of children, with whom she has a deep affinity. Her second book, DRAGONS, DESERTS and DREAMS published  in 2017, contains a selection of her paintings, poems and short stories and is now available from…

AMAZON  and other online stores

A few reviews for Dragons, Deserts and Dreams…

“Congratulations on your creation ‘Dragons, Deserts and Dreams’ and the profound and beautiful effect it has on others. I will treasure my copy forever and share the stories with my children too!” – Jamie Bellamy, NSW. 11 May 2018

“I have to tell you that I am delighted, impressed and overwhelmed by ‘Dragons, Deserts and Dreams’.  I recently took this marvellous book with me on holiday to Malta, and I dipped and splashed in it, more than I did in the sea.

I have now read “Jack, and His Mammoth Imagination” to my two grandsons.  They enjoyed it so much that I had to read it twice over. How’s that for unabashed critical judgement?  This story occupies the same nonsensical zone as that occupied by Edward Lear and Lewis Carroll.”  – Denis Betro UK. 10 May 2018

“Dragons, Deserts and Dreams is gorgeous, and the paintings and photos are extraordinary. This must have taken some time to collate and to proof! I have a feeling I’m going to need all the tissues in the box while I’m reading it. I also believe people are going to love your book.  It is unique, I love the format and it will make an impact.”

“Each poem in Dragons, Deserts and Dreams, is a brief, evocative episode of life…”

“I have it, I so love Dragons, Deserts and Dreams

“Immigration And The Promise – I love this moving piece on immigration in ‘Dragons, Deserts and Dreams’, by Anne Frandi-Coory … This is quality story-telling”

More reviews for Dragons, Deserts and Dreams here: including Goodreads

*Residents in other countries can purchase DRAGONS, DESERTS and DREAMS

or other online stores